Which is the most popular alcohol in the world? Right! Whiskey. I am sure you are wondering which is the Most Expensive Scotch. There are so many types of whiskey that it can be a little bit confusing for those like me who are not experts in this field. If you say whiskey, or scotch, or bourbon… is the same for me. Let’s discover them all, along with the Most Expensive Scotch TOP 5 at the end of the article.

I want you to have this article as a guide to better understand which is the difference between them all, and also which are the most expensive whiskies.

Whiskey (US and Ireland) can be also spelled Whisky (everywhere else besides the two regions mentioned before), and actually it’s the same product. It can be made of various grains. Some common ones are: corn, rye, barley, wheat or sorghum.

IDEA!!! I propose not to eat anymore popcorn, and start using the corn to make whiskey :)) What about that? Who’s giving me a hand in this journey?

If you want to have an idea about the process of making the whiskey, here is a perfect video for you: 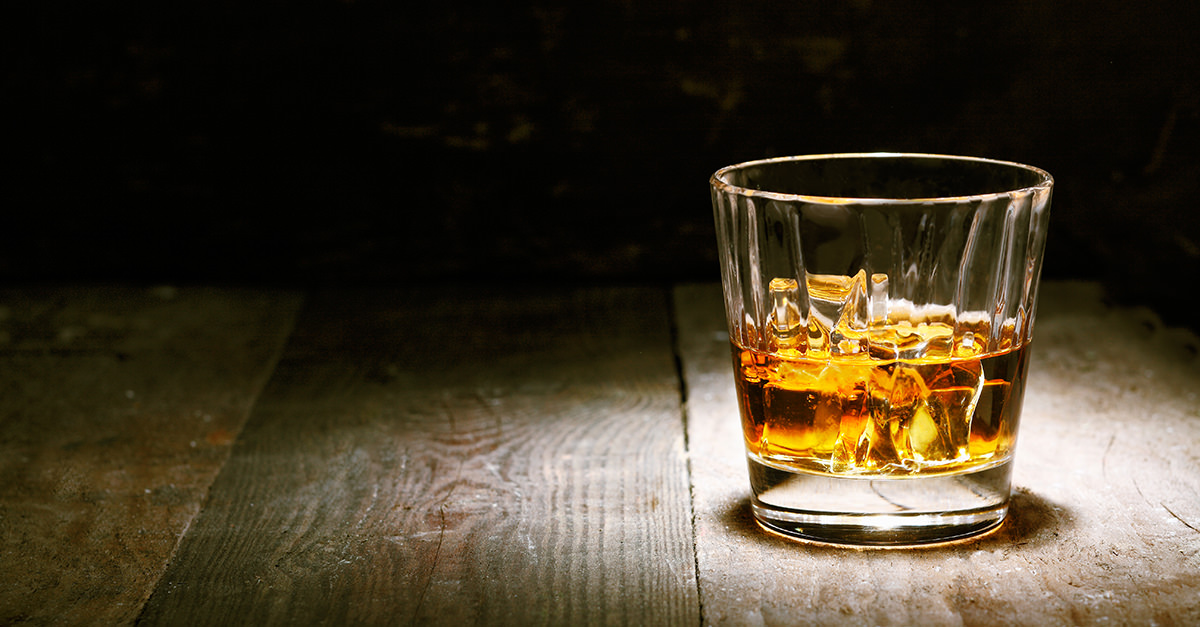 First of all, I feel like we should make sure we all know how many types of whiskies are out there, and how each country uses to call it. Once we will understand all these basic info, we’ll go ahead and talk about the most expensive scotch in the world or an expensive scotch list to have an idea about the industry and its potential.

1. Single malt whiskey – it is made from a single one type of grain, and from one distillery.

3. Blended whiskey – when we see “blend”, it means that everything is possible. There can be a mixture of different types of whiskies from the same distillery or from different distilleries. You can check this on bottle info.

4. Cask strength – a unique type of whiskey which is bottled straight from the cask, and there is little to no dilution of it.

5. Single cask or single barrel – this Whiskey is bottled from only a single cask, with the barrel labeled on the bottle. 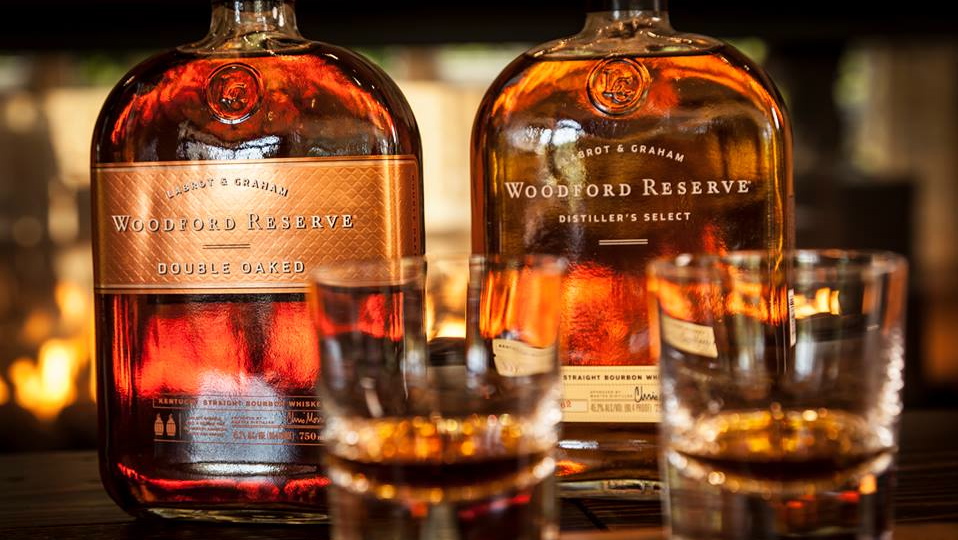 A bottle of whiskey can be considered a Scotch Whisky only if it meets the Scotch Whisky Regulations of 2009. It must be made entirely in a specific Scotland-based distillery and distilled twice.

Scotland is the best country to choose if you want to buy an expensive single malt scotch, the best you ever drank. Its requirements are more stringent here for Scotch than any other whiskies on the list. Anyone who is a fan of it will say it is: “smoky and earthy”. Expensive Scotch Whiskey can be split into five categories: Single malt, Single grain, Blended malt, Blended grain or just Blended.

Ireland has a huge history in this industry, being the home of first whiskey distilleries in Europe. The Irish one is very different from the Scottish one, due to its triple distillation process.

It is not the home of whiskey, but the USA has different federally-recognized types, from Blended whiskey and Light whiskey to Spirit whiskey, all made using mixed grains.

The USA comes with many different names:

– Bourbon: it must contain at least 51% corn and to be aged in new, charred oak containers. Many bourbon whiskies are made in Kentucky and everybody knows that it is worldwide recognized. Best & most wanted brand of bourbon: Makers Mark, Evan Williams, Bulleit, Four Roses, Pappy Van Winkle, Jim Beam.

– Corn whiskey / White Lightning / Moonshine: All three names are known in the US. No matter how it’s spelled, it’s the same. It must be made from at least 80% corn, and, comparing to Bourbon, it doesn’t have to be wood-aged. If decided so, it should be done in an uncharred oak barrel.

– Malt whiskey: this specific one is made from at least 51% malted barley being aged in charred new oak barrels (for at least two years).

– Rye whiskey: very similar to the previous one, but made from at least 51% rye. Rye whiskey you should know about: Old Overholt, Knob Creek Rye, George Washington’s Rye Whiskey, Wild Turkey Rye and Sazerac.

– Wheat whiskey: Same rules as for the two previous ones, but this time it must be made from at least 51% wheat. The brands that we recommend: Maker’s Mark and Pappy Van Winkle

– Tennessee Whiskey: Which is actually the Jack Daniels, a straight bourbon.

Any Canadian whiskey must be mashed, distilled and aged in Canada and only Canada. The rule is that it should be aged at least three years, in wooden barrels, but they should be under 700 liters. 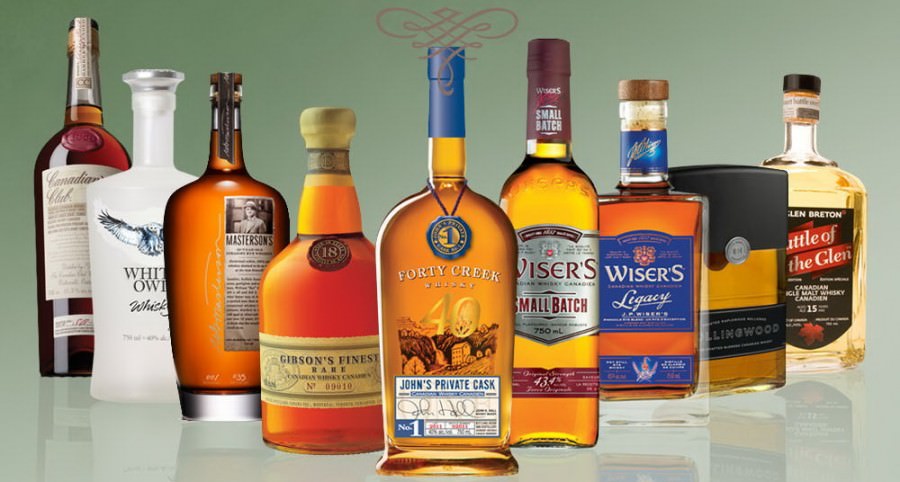 The Canadian W is softer and smoother than the Scotch. People’s choice: Seagrams, Crown Royal, Rich & Rare and Canadian Club. 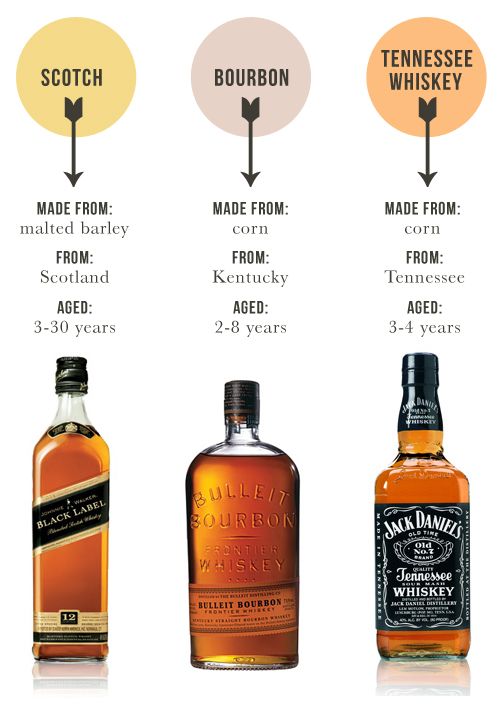 How much will you be willing to pay for a bottle of Scotch? 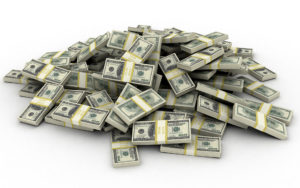 Which is the most expensive Scotch on the market?

What about the most expensive bottle of scotch ever made on earth?

Let’s get some answers! TOP 5 most expensive scotch whiskey:

Its name says everything. Macallan is one of the most expensive brands of scotch on the market. You will see below how much it can go in terms of pricing is luxury art.
This is The Perfect Scotch for tough guys. Is a very concentrated one, dry and with a deep licorice aftertaste. 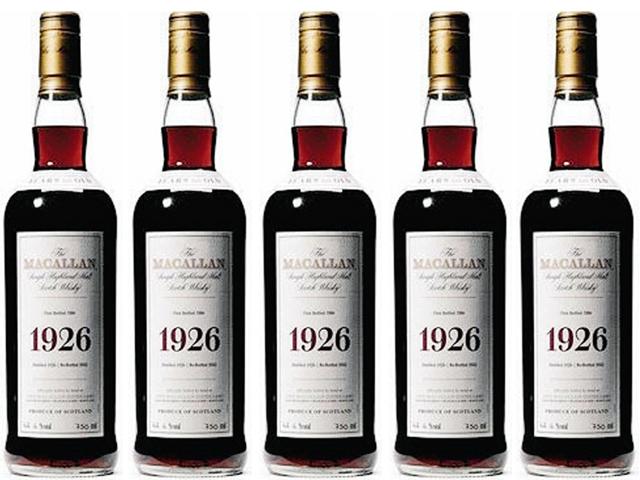 Macallan 1926 is famous for its many years of aging along with its deep&rare flavor. Only a few are bottled each year, so you better keep your eyes on them! Imagine that licorice smell and taste!

It waited from 1955 to 2011 to be revealed, and is the best decision for fruit lovers. It tastes of barley and smells like orange. Its bottle is not a fancy and luxurious one, but a rustic and smoky flavored one. 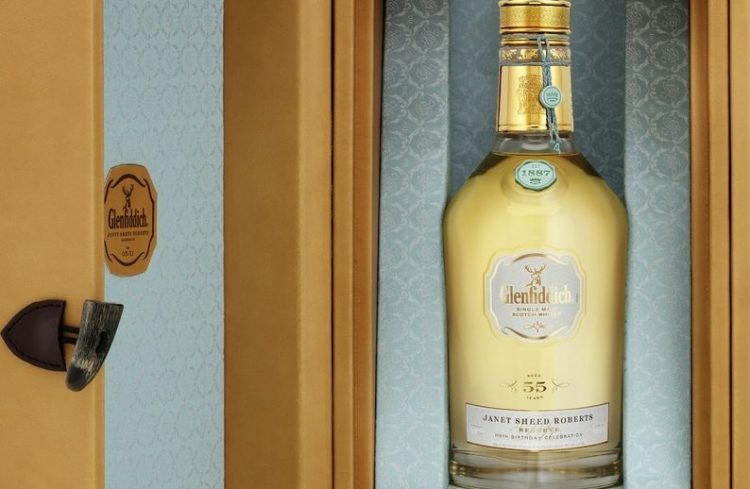 It is not about the bottle here, it is about the whiskey inside, which is rare, has an unbelievable flavor, high-quality, aged for years and screaming luxury from inside, not outside the bottle. 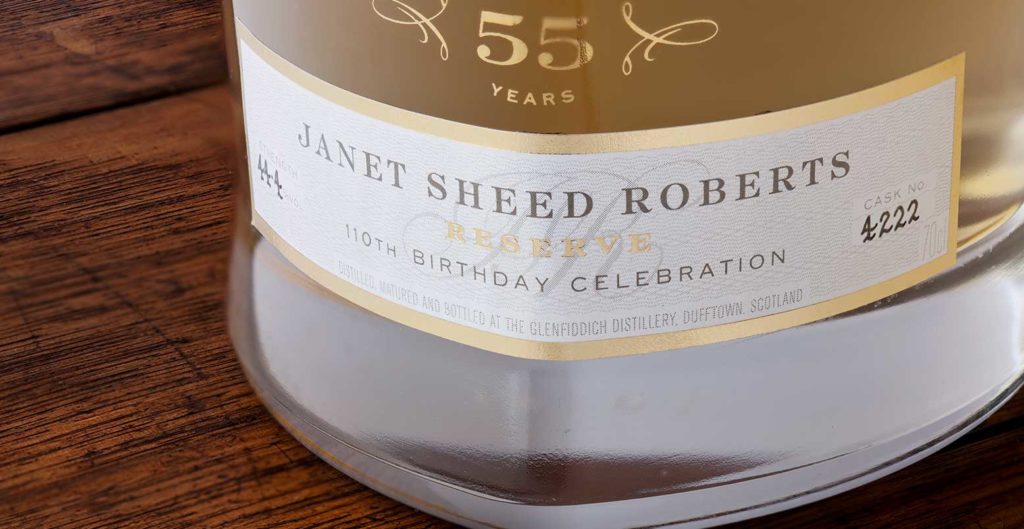 Yes, this is an expensive bottle of scotch, but imagine the taste!
For coffee lovers, this is the heaven. Dalmore 64 Trinitas has a very strong flavor of Colombian Coffee and raisin, along with faded notes of mango, orange and marzipan. Only 3 bottles were ever made. 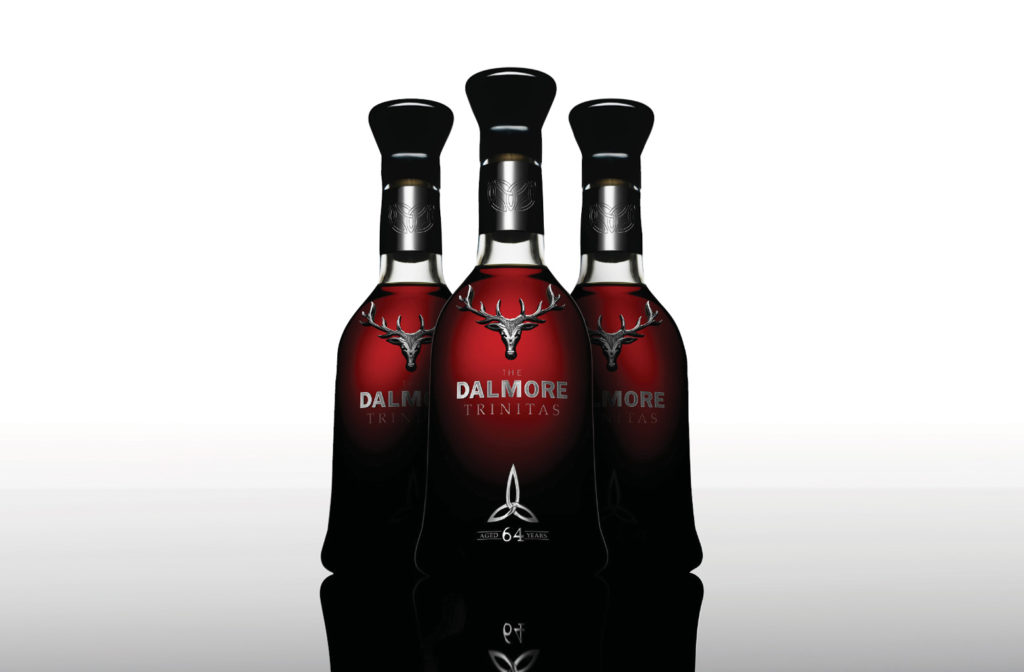 Told you that Macallan is on the top of the expensive scotch brands list.
Fine whisky & Awesome Bottle Design is what defines this particular piece of art. How will this bottle look in your home? 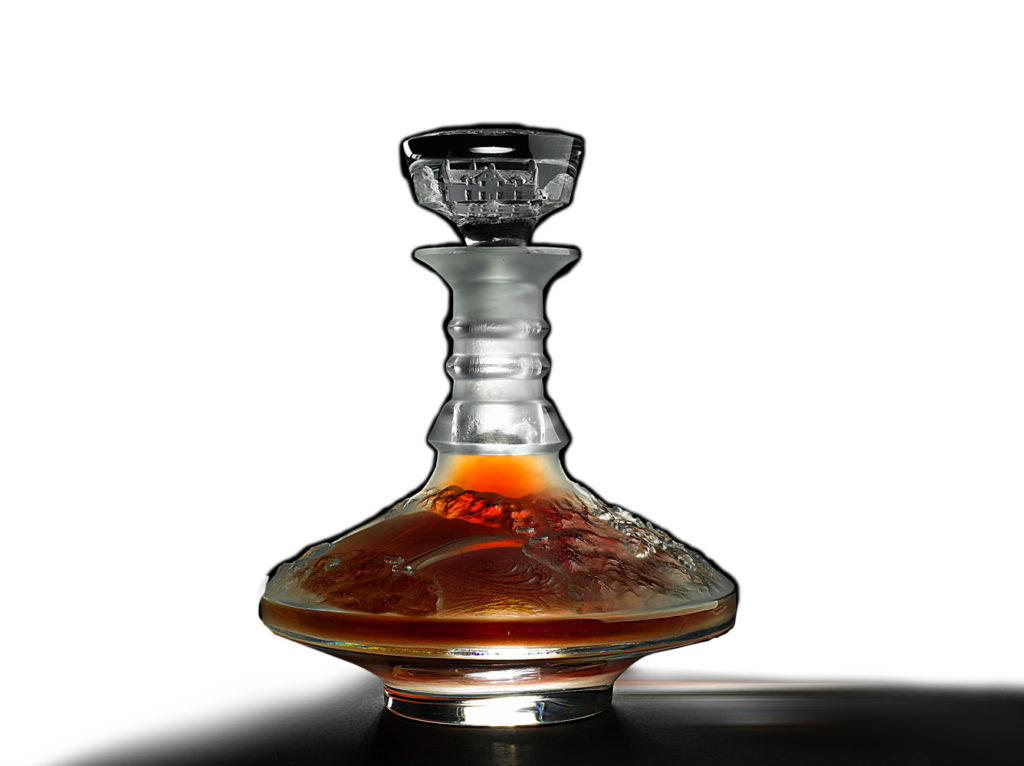 The ‘Cire Perdue’ decanter of this Macallan is handcrafted by the famous and over-talented workers at Lalique Cradles. Lalique celebrated its 150th anniversary by making this gorgeous partnership with Macallan, creating smth really special. There is only one bottle created and it was sold at auction in November 2010, for almost half a $Million.

The miraculous potion has raisin and fruit overtones along with some smooth notes of leather, lemon (love that) and cherry (“yummy” is all I can say). You can also feel the green apple and vanilla, but in the perfect same amount. This whiskey was aged for 70 years before being bottled (design made by famous Lalique design brand).

Now that we went through all this info, I am curious if it does help you to make a better idea about what whiskey means, how is made and what is the particular difference between them all.