For years, Diamond Choker Barbie used to be the most expensive toy out there on the market, but it looks like there were some others invented which stole the first place. When I say “worlds most expensive toys” you’d probably think about a couple of hundred $. Believe me… You are totally wrong here!!! And be prepared to be shocked!

The world’s most expensive toy reaches $8 Million, which sounds unbelievable. Why? 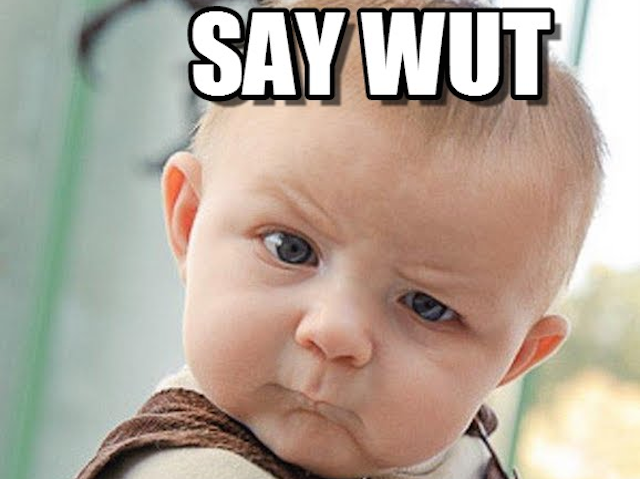 Now I am not wondering anymore, why would somebody buy such expensive toys for kids, but Why should Somebody Manufacture something like that. Ok, there are diamonds which cost as hell, but they are diamonds and we can understand that. But do you think kids will understand the value of their toys? I’ll say no. Most of the kids out there will play a few times with those toys, and then forget about them or get bored. That’s how children work. They will always searching for something new, challenging and interesting.

So, again, why would you buy them? 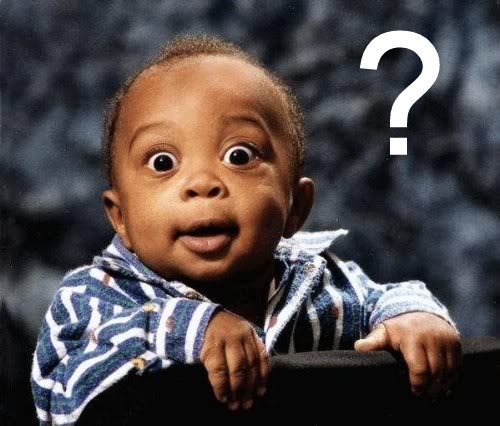 Limited-edition, custom made, or something else like that is not trendy anymore among the million/billionaires. They would buy anything for their kids, even toys that can not be played with… 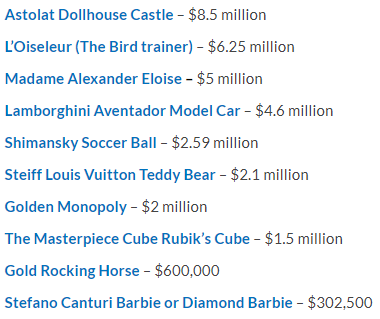 This Barbie doll toy was considered the most expensive toy ever for many years, until some creative minds came out with other strange ideas and created incredible expensive ones. Stefano Canturi, an Australian jewelry maker, is the mastermind of this piece of art. He just makes every girls dream come true, coming with this bright idea of turning a simple and classic doll, into a precious and most-wanted by collectors out there.
Its outfit is elegant, featuring a black evening dress and some nude high-heels. 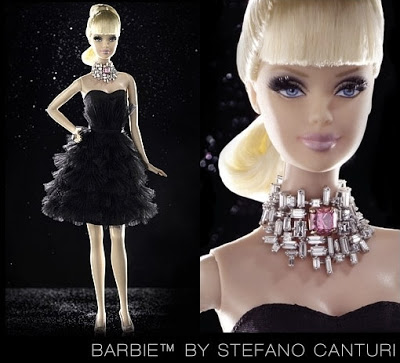 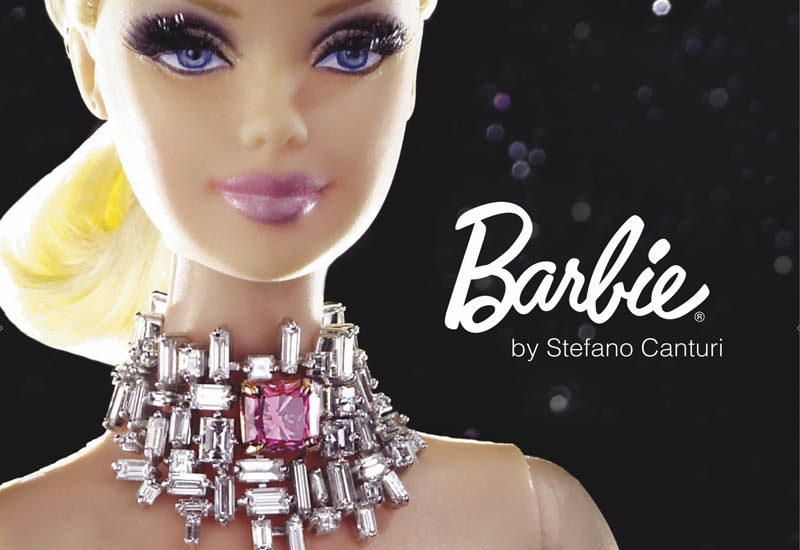 The statement accessory is the choker, made of 3 carats white diamond and 1 carat square-cut Pink Diamond. We talked before about diamonds and prices, so you already know that the pink is one of the most expensive diamonds on the market. This doll was sold at auction by an anonymous bidder, but all the money went to the Breast Cancer Research Foundation. So, here is the answer for the question for “Why will anybody buy such and expensive toy”

Comparing with the old expensive toys from the 90s, these nowadays may go too far. A Rocking Horse should be made of wood, simple and easy to use. No! They thought it would be interesting to make a gold one. Jeweler Ginza Tanaka is the one who designed this 24 karats pure gold rocking horse, all in honor of the long awaited birth of  Japan’s only prince. Little Blue Ivy, son of Jay-Z and Beyonce, is the lucky one to have his own version, as a gift from his parents. 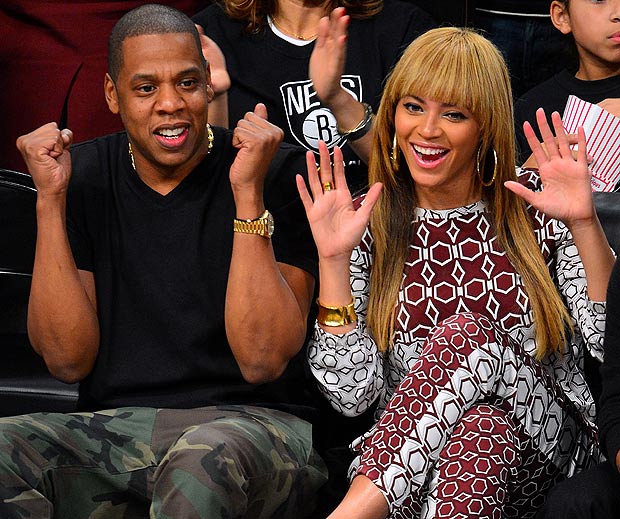 Made with 18-carat pure gold, each side of this Magnific Rubik’s cube has 185 embedded carats of rare and precious gems. It was produced some years ago, around 1995 by well-known Diamond Cutters International. Instead of working with your mind for some plastic, imagine concentrating on 34 karats of rubies along with 34 of emeralds and 22,5 of amethysts. How is that?

It is definitely the most expensive monopoly game ever on earth. Golden Monopoly (Copyright Owners – Parker Bros. and “Hasbro Corp.“) was created around 1988 by famous San Francisco jeweler Sidney Mobell and it took almost one year to be done. This stunning art is jewel-encrusted and made of 18-karat yellow gold. 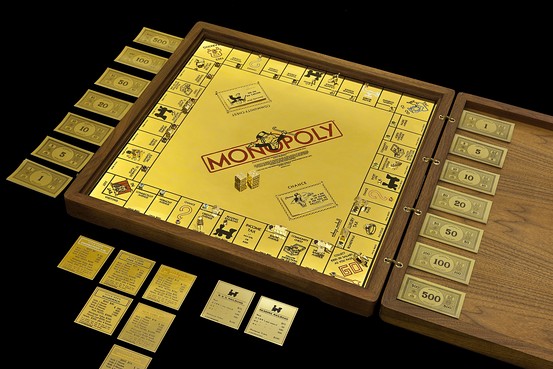 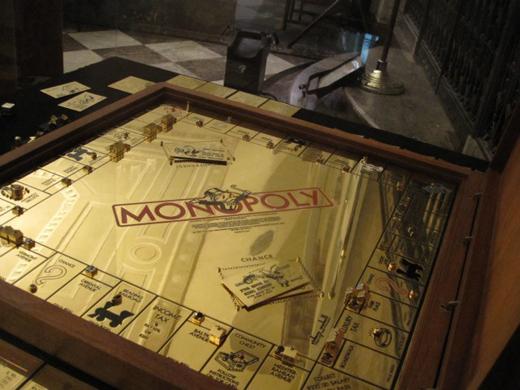 “I was a Guest of Honor, meeting all the players all over the Globe, receiving Letters from Her Majesty Queen Elizabeth, Prime Minister, Sir Edward Heath.”, he says for EliteLux,CLub.

“The original $2 Million Dollar, Jeweled/Gold Monopoly Set is on Exhibit at The Smithsonian Affiliate, Museum of American Finance at 48 Wall Street, NYC, and has been the Feature Item of this Museum for the Last 3 years. “

It was a huge event and all the arts lovers were focused on this amazing golden piece.

The German toy maker Steiff is the one who collaborated with Louis Vuitton, giving value to this travel toy. Besides the precious LV clothing, the teddy bear has a gold mouth, sapphires eyes and a yellow gold fur. It was sold to Jessie Kim of Korea, at an auction in Monaco. I know is every girl’s dream to have such a teddy bear which is one of the most expensive kids toys, but there was only one made in history, so it is not available anymore for buying.

Now you can only find this toy at the Teddy Bear Museum in Jeju, Korea. 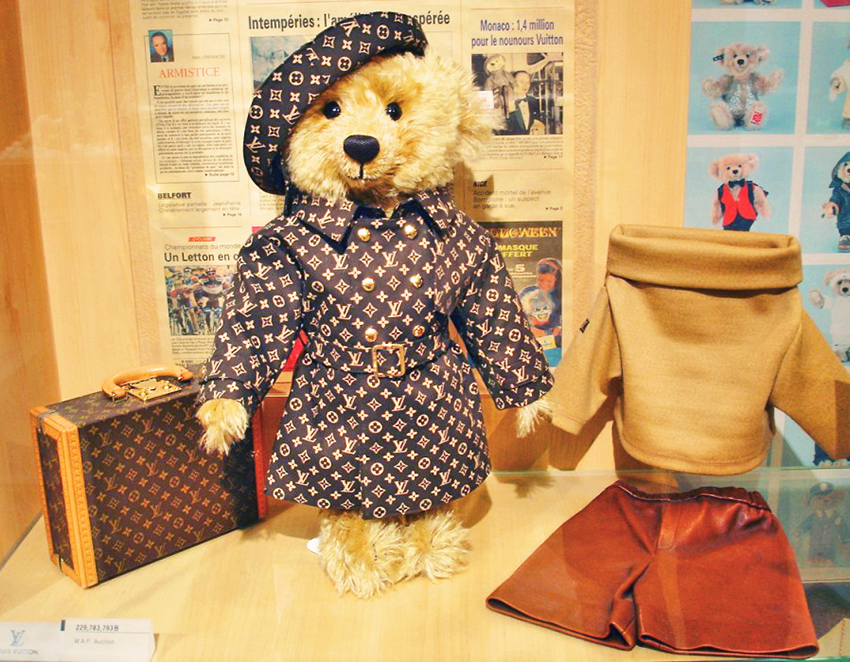 Ha ha. You will never kick this ball. Calm down! This is not for playing, even if is called a toy.

The gorgeous soccer ball is encrusted with more than 6600 white diamonds along with 2600 black diamonds, and 3500  African rare and precious diamonds. It took 3 months for Shimansky, a South African jeweler to make this stunning piece of art. It was created for the World Cup of soccer, which took place in that country in 2010.

Yes, this is one of those most expensive collectible toys, which you can only keep in the museum. 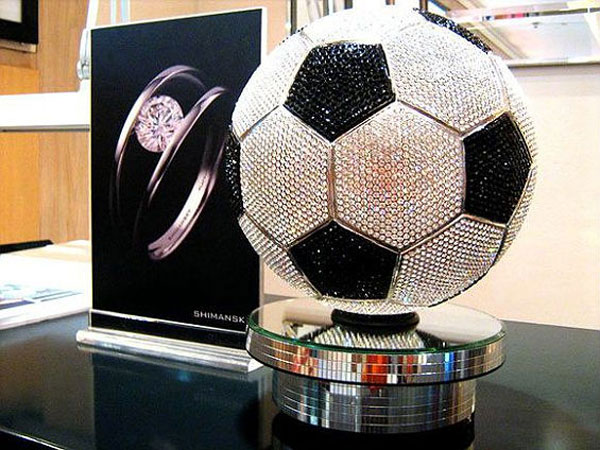 Eye popping price here!!! Take a breath and carefully read the next sentences. 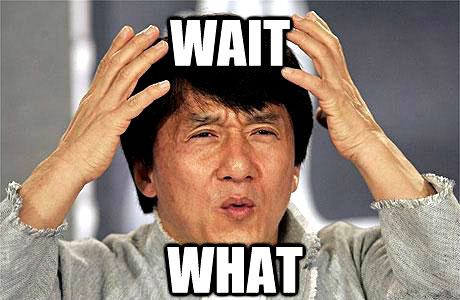 What about the most expensive toy car? How is it possible for a car toy to cost more than the actual/real one? Let’s be more accurate: this particular toy cost 12 times more than the real Lambo (which, by the way, you can drive and use it on a daily base). It can also be a great gift for the men in your life, but maybe hard to afford. Such expensive toys for men are not for annual birthday gifts! 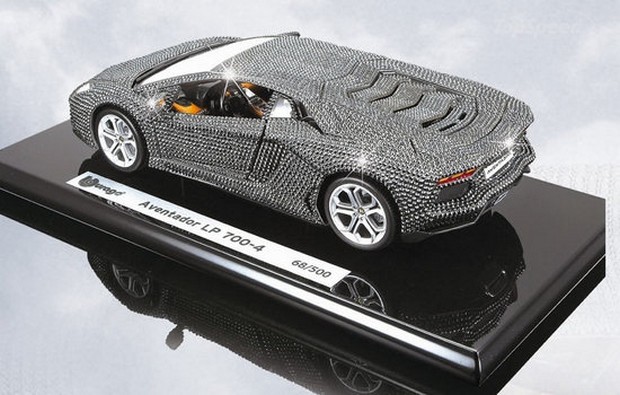 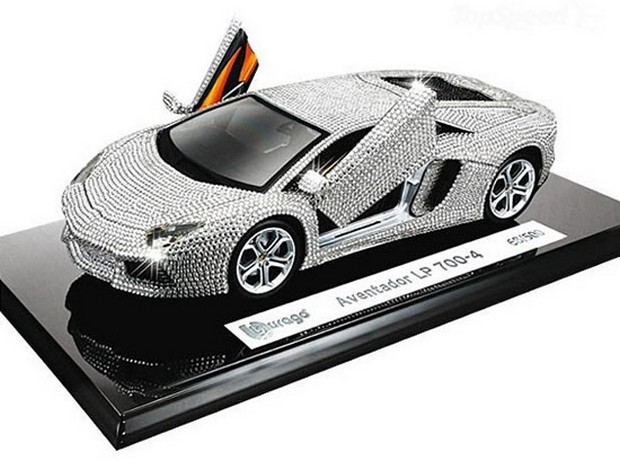 3.    Madame Alexander Eloise [$5 million] –  one of those most expensive old toys only a few people afford

This expensive toy is hand-made by well known designer Madame Alexander, being embedded with 9 karats of diamonds. This doll is maybe one of the most expensive vintage toys out there. It comes with a classic Christian Dior clothing, Kathernie Baumann accessories and an Oscar de la Renta fur. 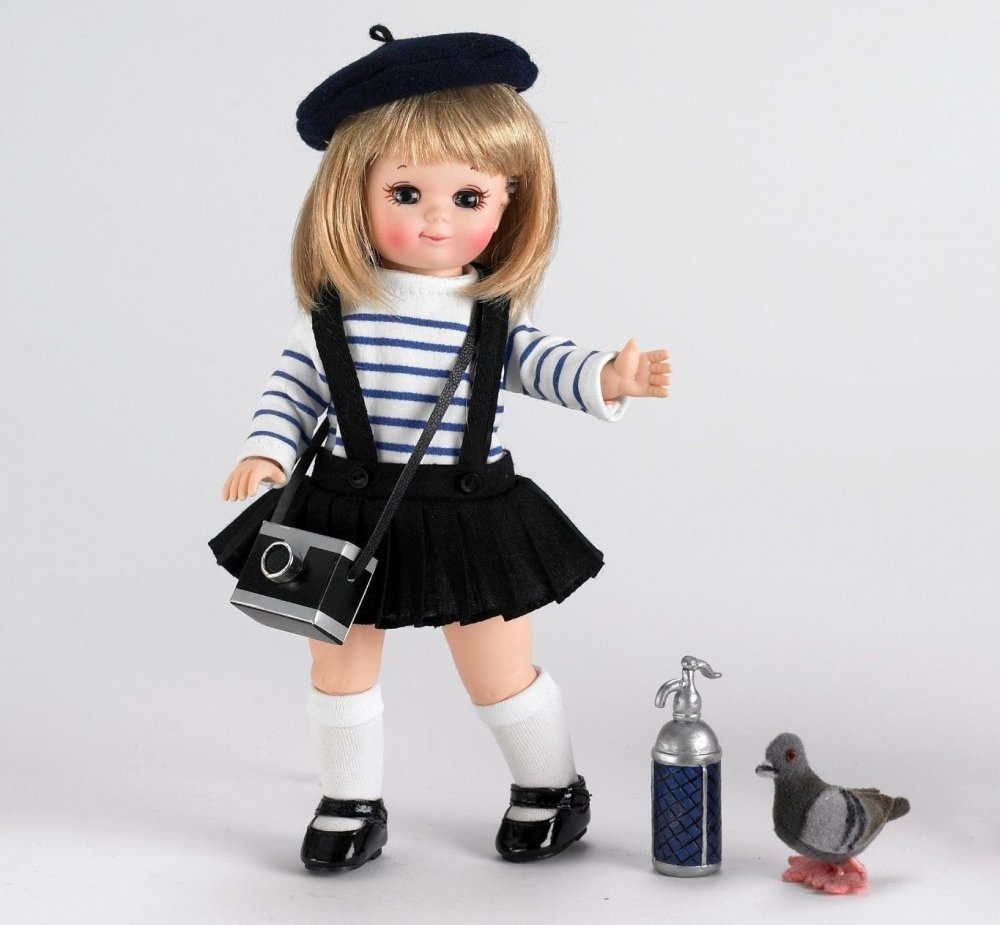 Ok. I was able to understand the above toys, but this one is definitely out of order and very pricy among expensive vintage toys. Why would anybody create a 4-foot Doll as L’Oiseleur?

It is also known and the Bird Trainer, as it holds a bird in its hands. Though, there is an interesting mechanism of cogs and gears which helps it play the flute without any help. For passionate collectors it is a really “haunted” and interesting creation, as it took almost 2 years to be made.

[Laughs] I’ll start by laughing, because, even if this is your dream house, you will never be able to live there. Is a doll’s house. 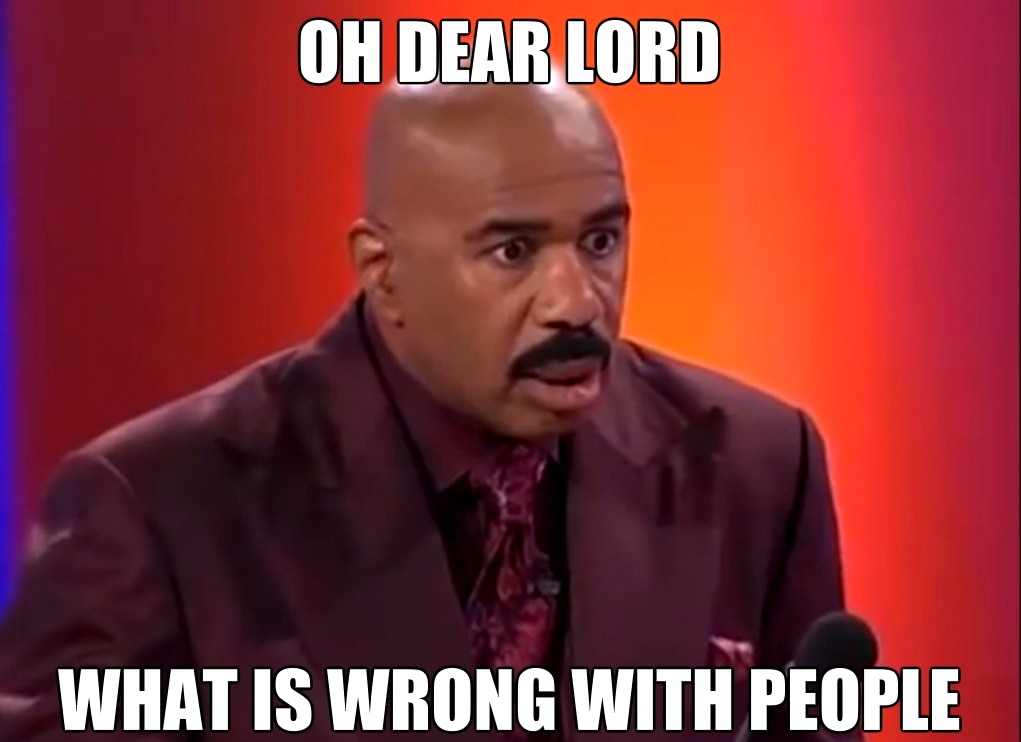 For the enormous price of $8,5 Million, you can buy the most expensive toy and you will have multiple floors, pools, many luxurious bathrooms, marble, gold, and even your own gym. But, well, not for you, but for your dolls. Isn’t that a little bit too much?

Is by far the most expensive toy in the world, and I can not imagine something even more than that. I am curious what the next years will bring into the luxury toy industry. 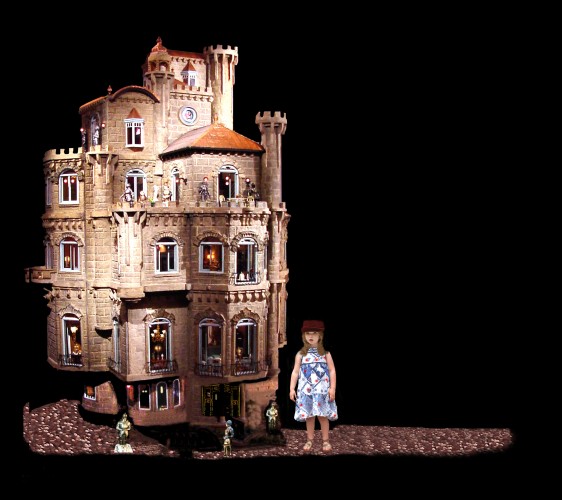 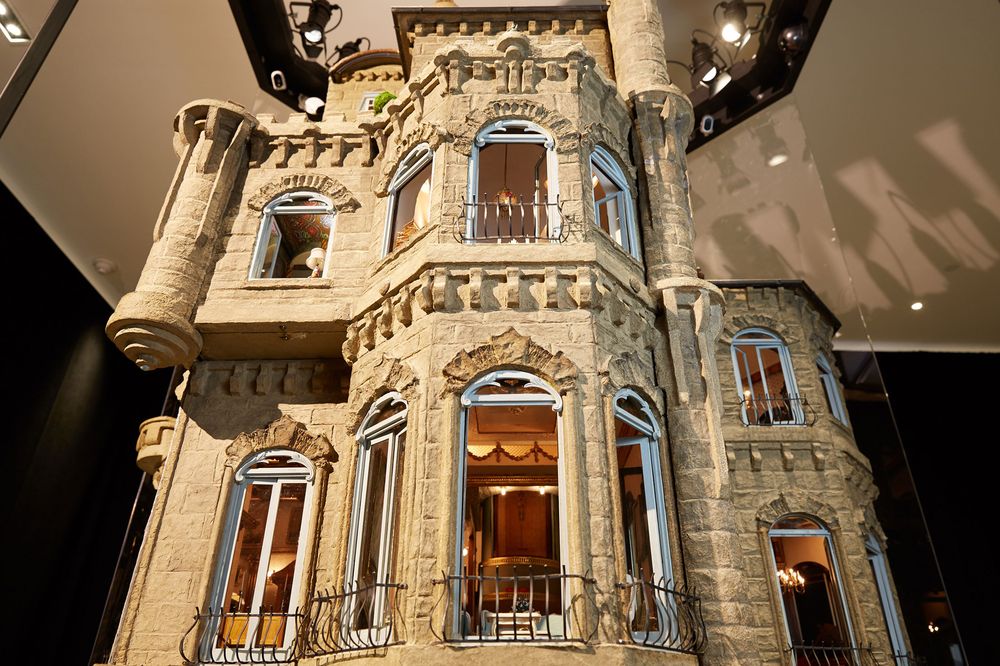 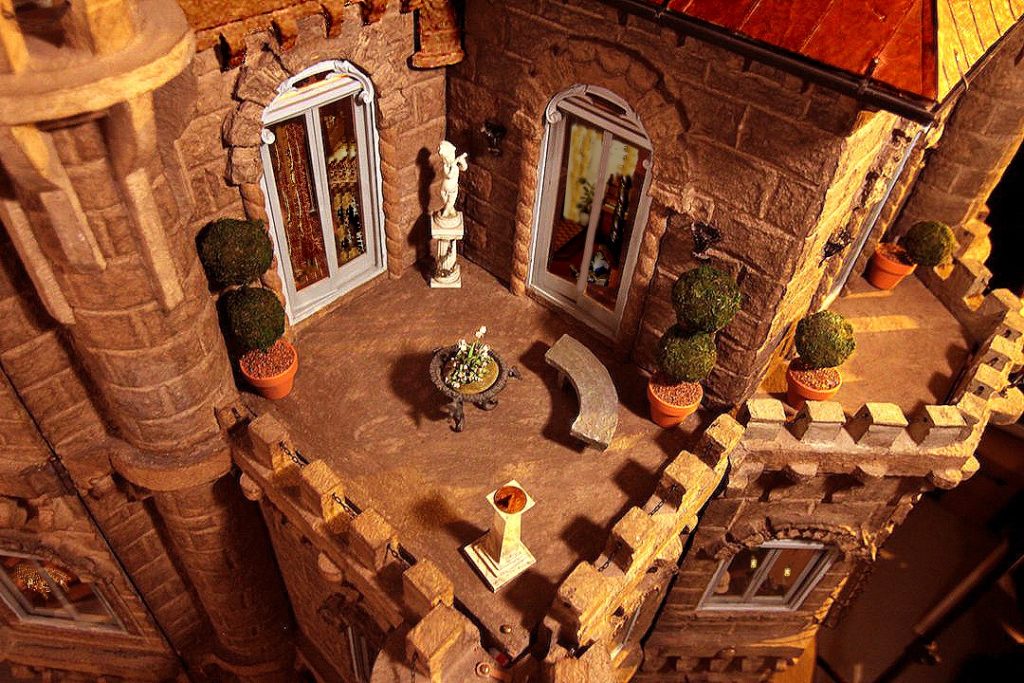 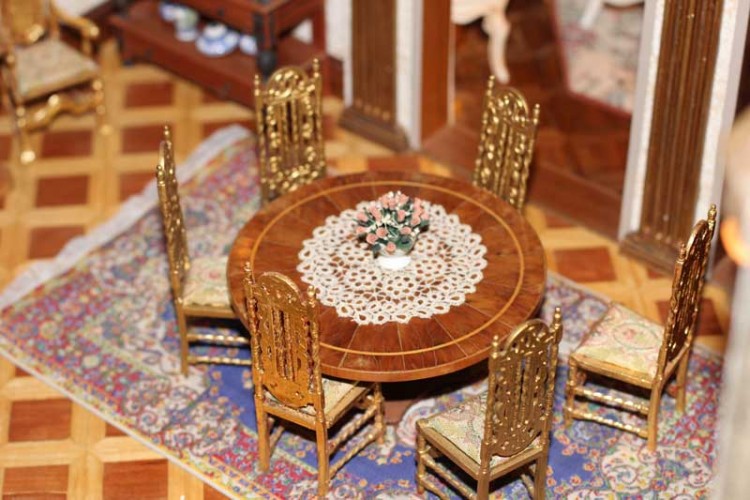 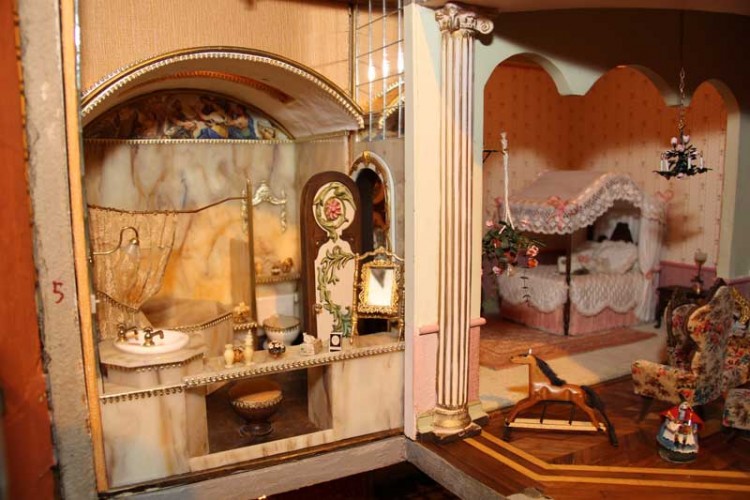 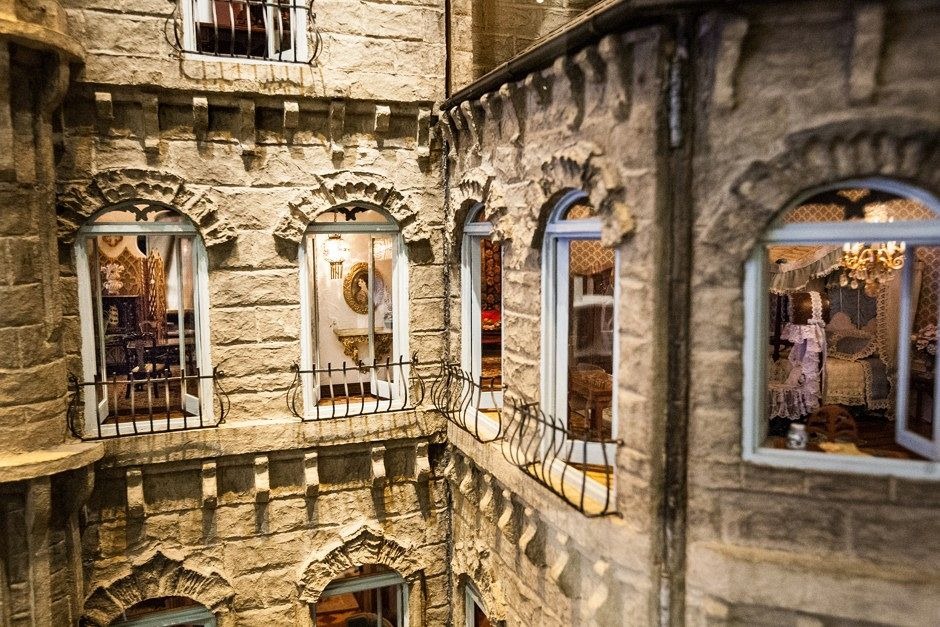 I know kids nowadays are crazy about Start Wars and its figures. Here is a short list of some of the most expensive star wars toys, along with their photos. These are actually the kind of expensive boys toys, with very few girls being in love with them. 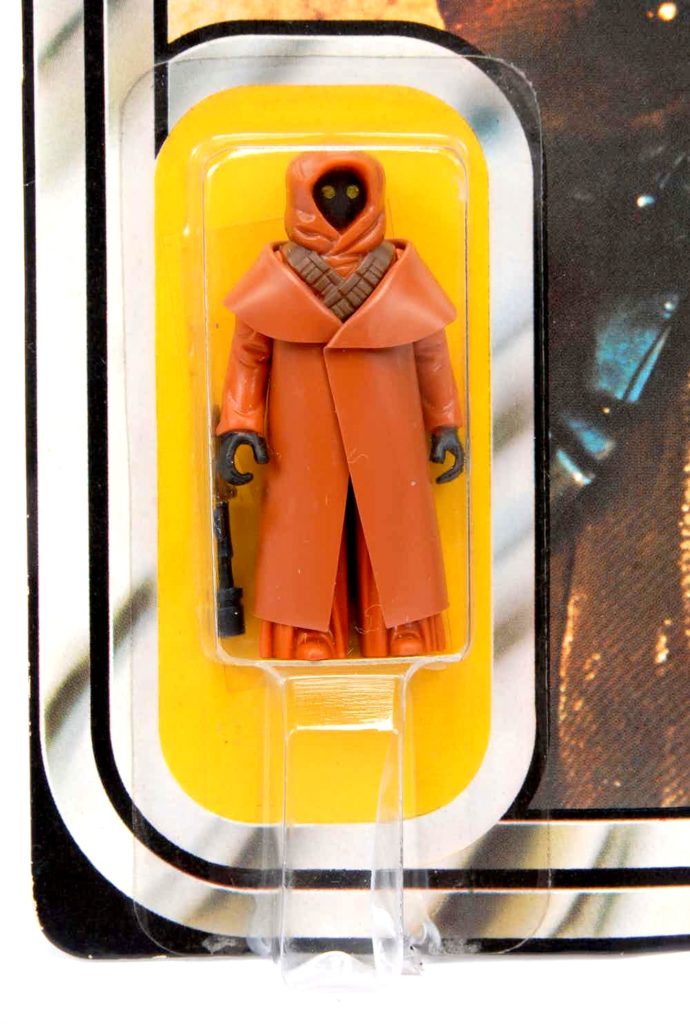 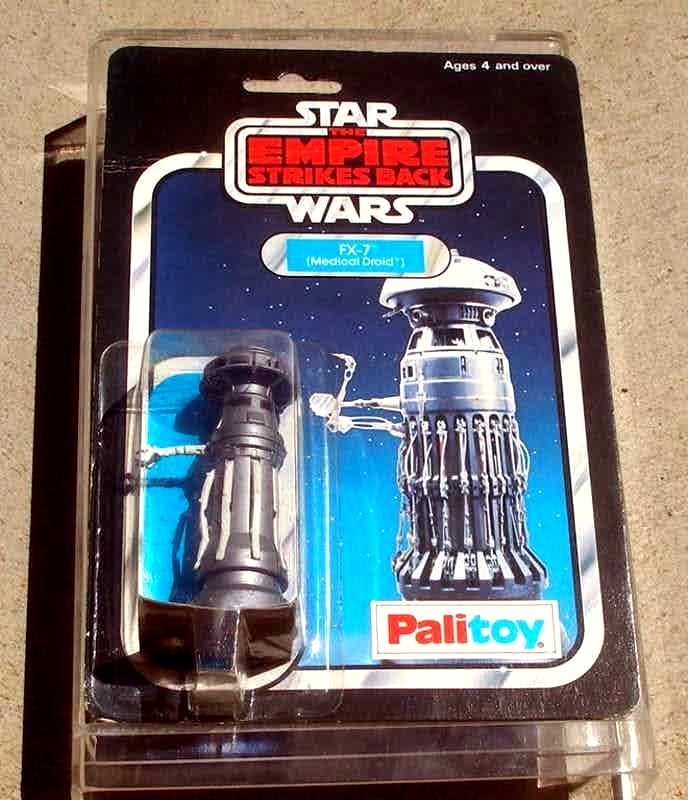 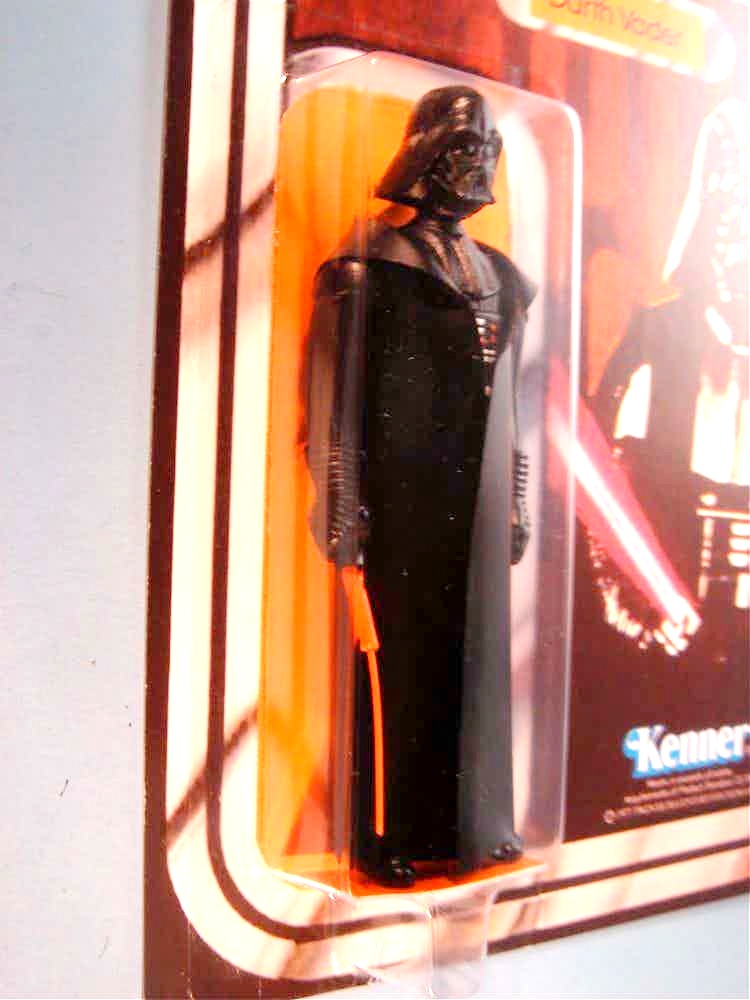 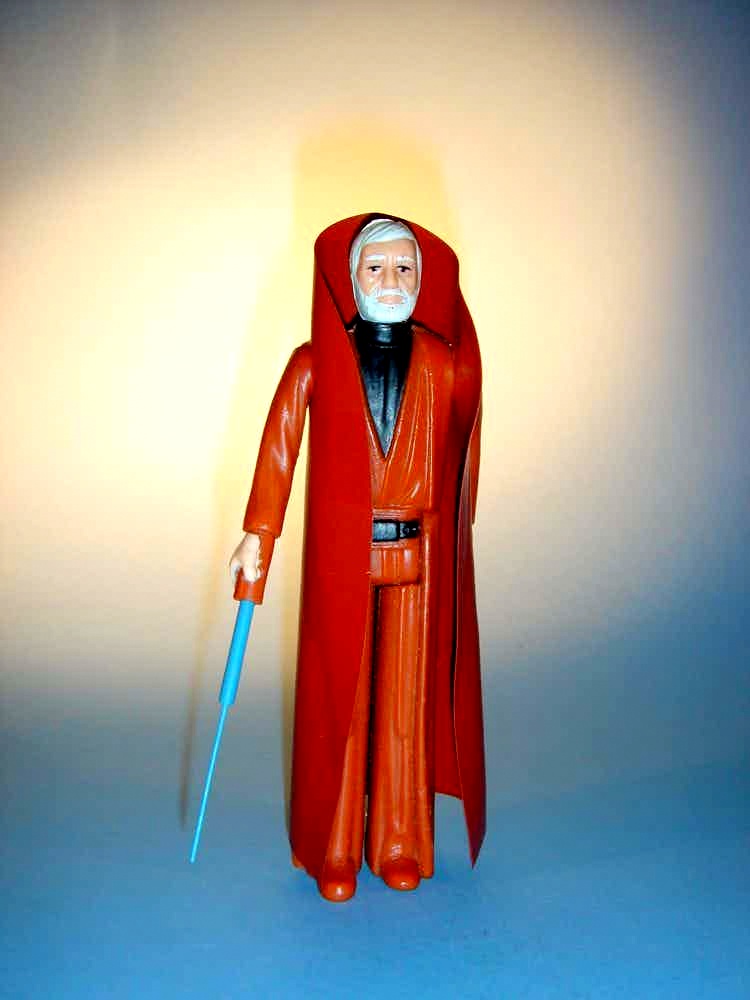 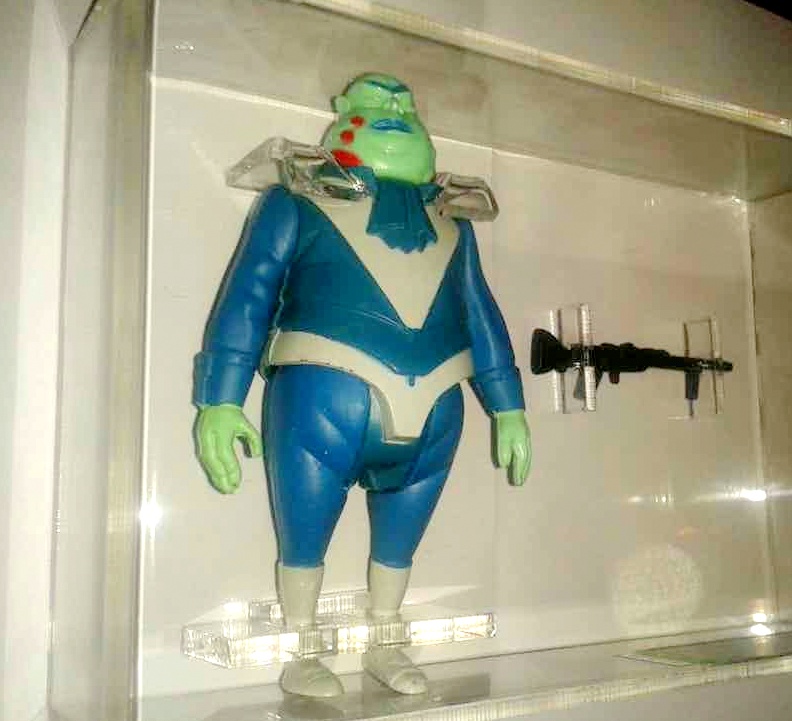 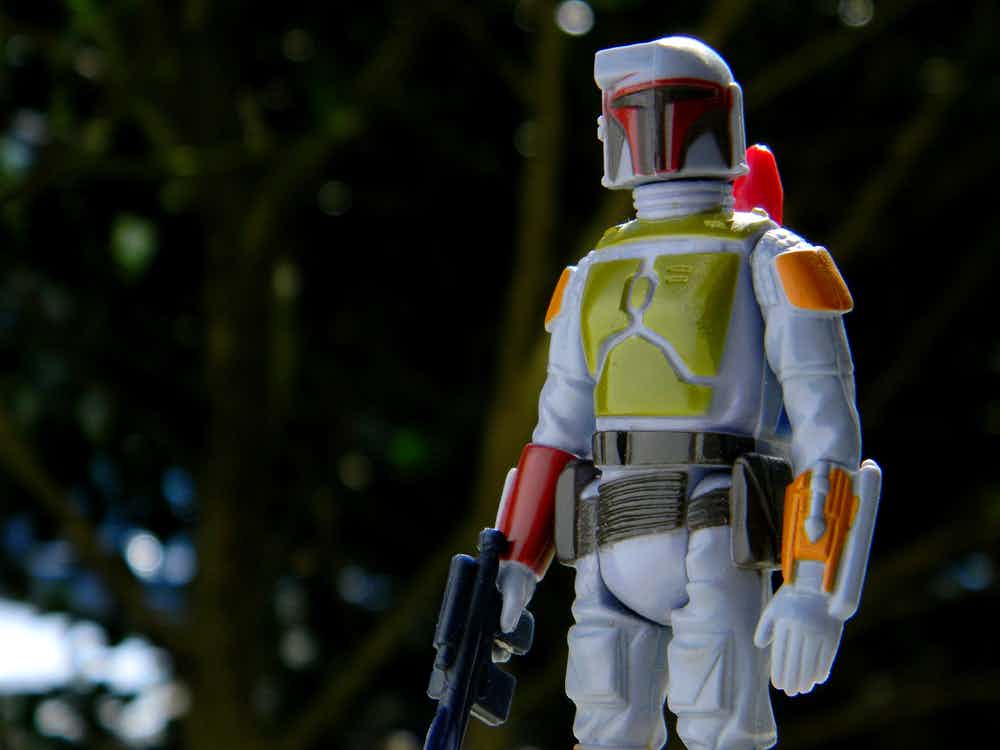 Our Chosen QUOTE of the day !: 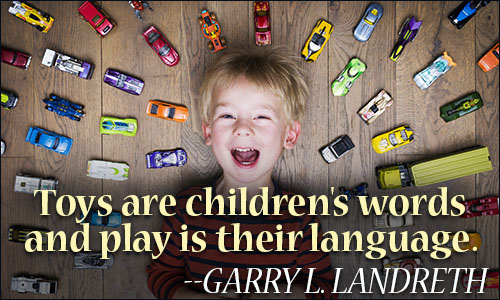